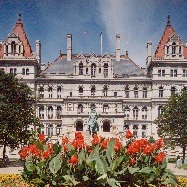 We hope you’ve heard the good news that there is no abortion expansion in the 2019 New York State Budget that was passed last week.

It was hard to get information about the budget process as it was going on, down to the last minute, but the word is that the abortion proposals were dropped during negotiations.

So thank you all for your prayers, your letters and phone calls to the senators, and the emails that you sent. Thank you especially to the prolifers of North Rockland who responded to our targeted, special alert to contact prolife Senator Larkin.

Unfortunately, abortion expansion may come up again as a regular bill during the legislative session, which ends in June. If so, we’ll let you know.

But for now, just enjoy Easter and Passover Week and know that you spoke up when it counted!  Great work!!

And if you have a moment, please email Senate Majority Leader Flanagan and Sen. Larkin and just tell them thank you for their efforts to halt the expansion of abortion in New York.