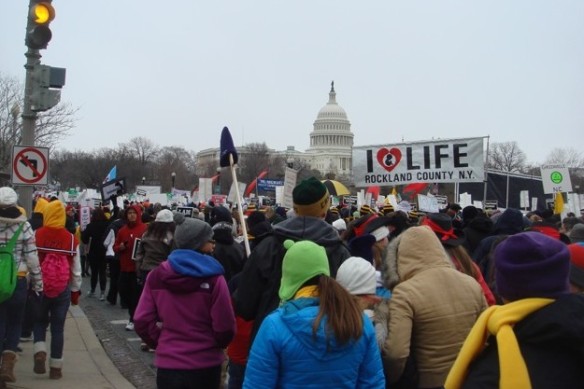 A Rockland Right to Life banner rises above the crowd, surging along Constitution Avenue toward the Capitol. If you were there, and would like to have your photos, memories, or comments posted, please send them to RocklandRTL@optonline.net. The photo above is by John Ferrao.

Standing in the crowd in the National Mall at the end of the Rally for Life can give you the chills (even when it’s not 20°). You can see the Washington Monument. The White House is across the park. And now the hundreds of thousands of people are somehow moving into a great line of march that will soon move down Constitution Avenue, past the Capitol Building, to the Supreme Court.

At that moment, you are never more aware of what America stands for: One nation under God, government of, by, and for the people, with liberty and justice for all.

And yet, with sadness, you know that the march is, in a way, a “road to Calvary” as you remember the 55 million unborn children who have been killed by abortion. And how our country has betrayed its great ideals by 40 years of legalized abortion.

But yet, something tells you the march is something more.

As you stand among a half million people — you know you are not alone in your hopes for change. And you know that the half million here — young and old, rich and poor, of all races, religions, and ethnic backgrounds — are only a fraction of the millions more at home who are praying and striving that abortion will end.

And holding high your signs and banners you all begin to move together, and the march becomes a march of resolve, commitment, hope for the future — of love, and even joy. 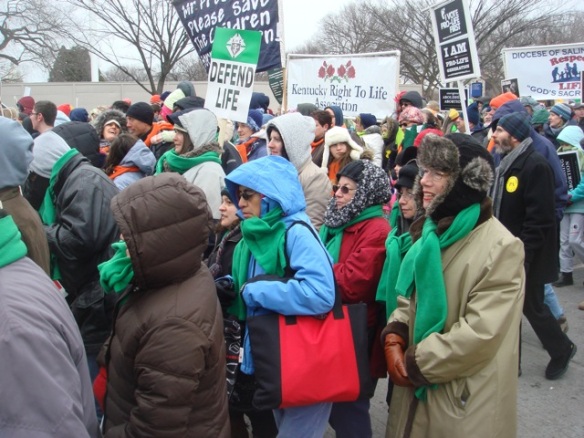 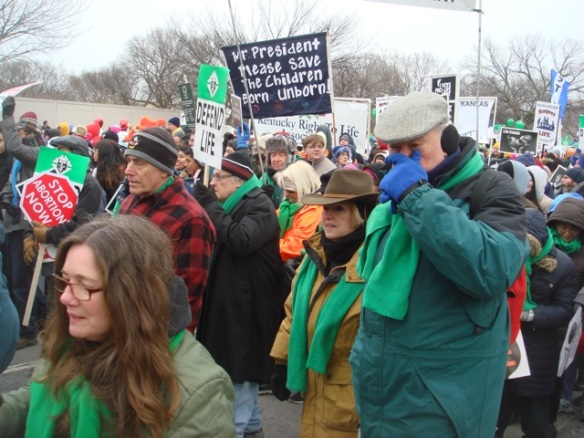 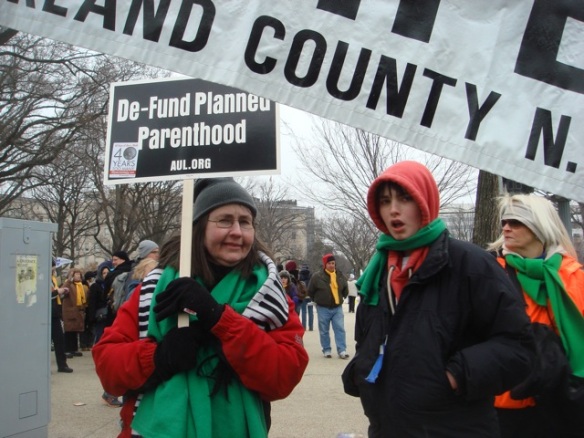