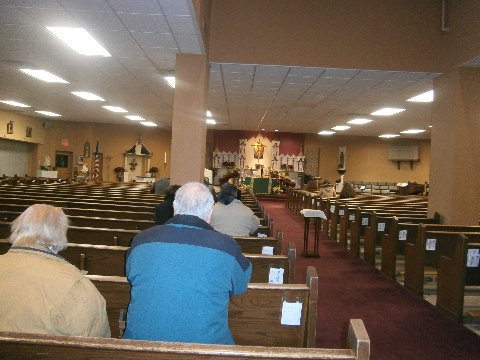 Our Witness for LIFE began with a 5:30 am Mass at St. Paul’s in Congers. 25 people were in attendance as Fr. John Palitucci, of St. Paul’s, offered the Most Holy Sacrifice of the Mass. (Our thoughts and prayers are with Fr. Palitucci, whose sister, Jeannie, passed away at 3 am, the very morning of the March.) We were welcomed to coffee and treats following the Mass. 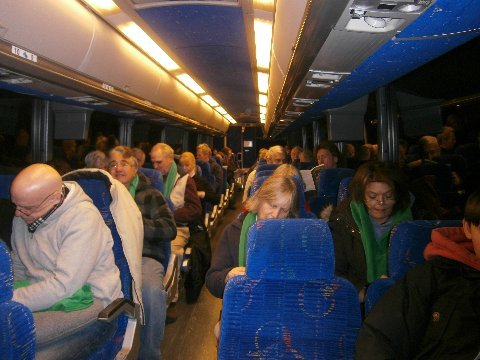 Soon our bus was packed and ready to roll . . . 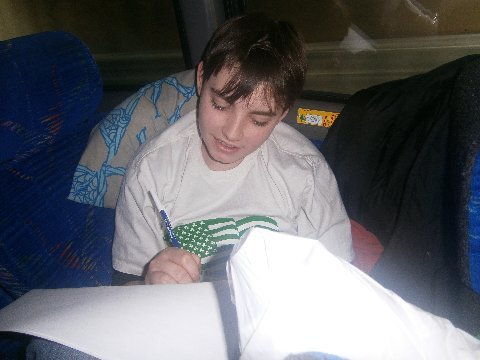 . . . with Max making sure everyone was accounted for. 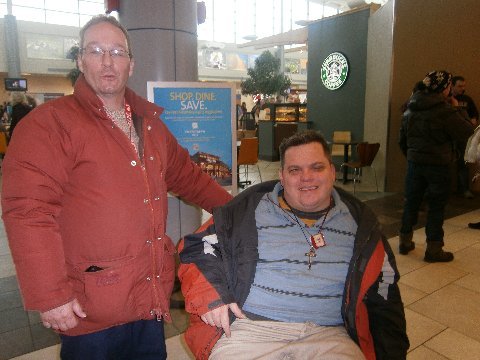 Our first stop was at the Delaware rest stop on Rte. 95, where we found Doug and his friend Mark from Orange County very excited about Marching for LIFE! 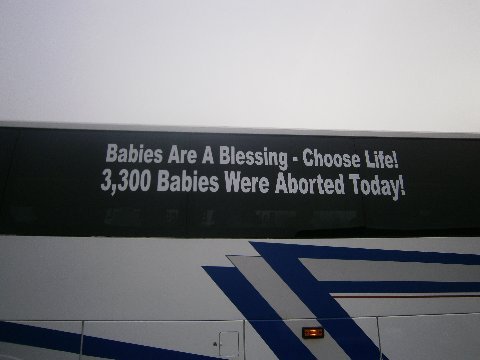 A bus parked next to us displayed these words of wisdom. 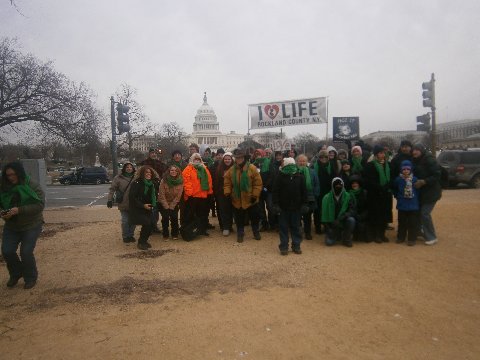 We arrived safely in D.C. with freezing temperatures in the 20’s. No sun but, thank
God, no wind! 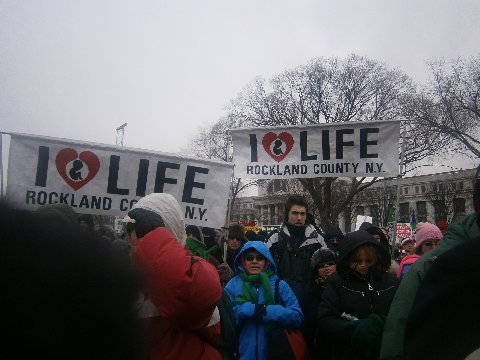 It took us about a half hour to find our friends from the Sacred Heart bus, but we are determined people! 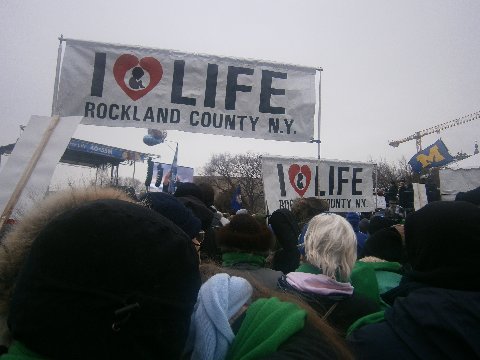 At the Rally before the March, the speakers were wonderful and the crowd listened attentively, clapping and voicing their tremendous approval. 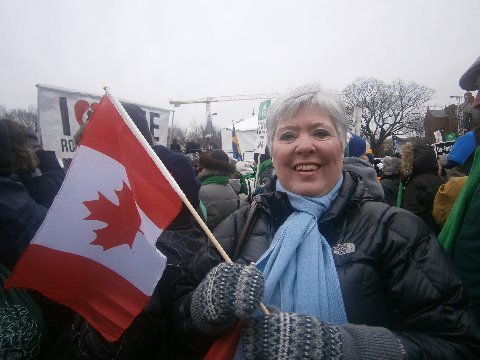 Judy is from Canada and could not wait to March with her fellow prolife American sisters and brothers! 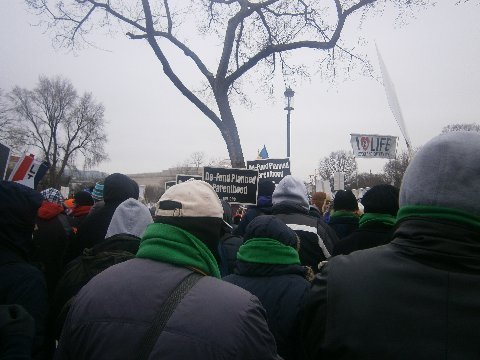 So many signs carried the message to DEFUND PLANNED PARENTHOOD. 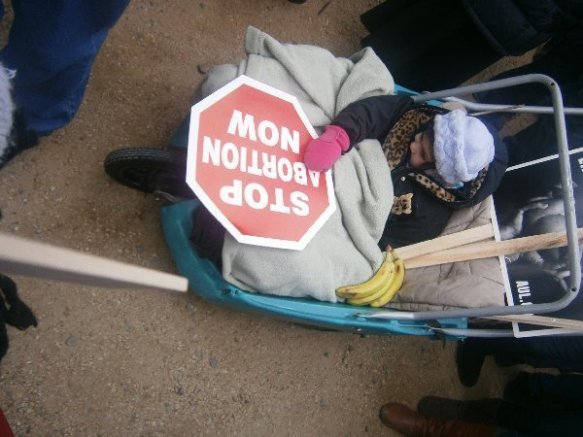 This angel, a survivor of abortion, had such a powerful message. 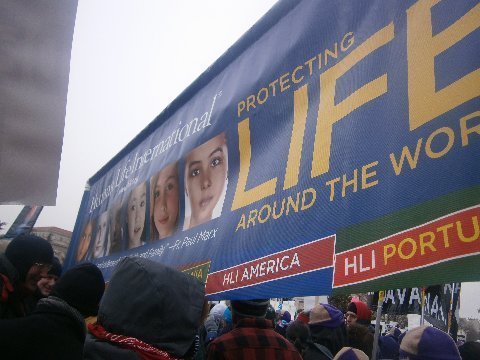 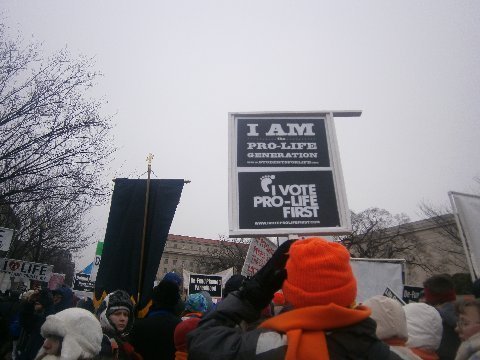 Young people whose signs read: I AM the PRO-LIFE GENERATION. 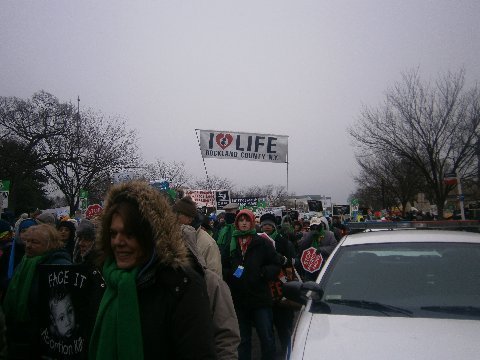 There we were in their midst. 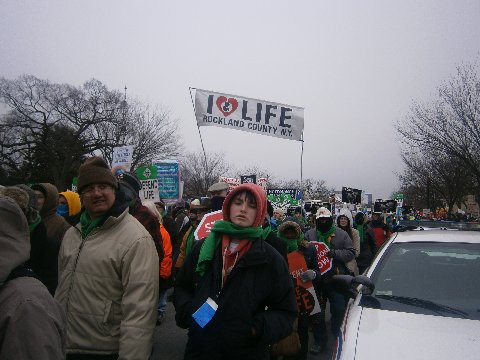 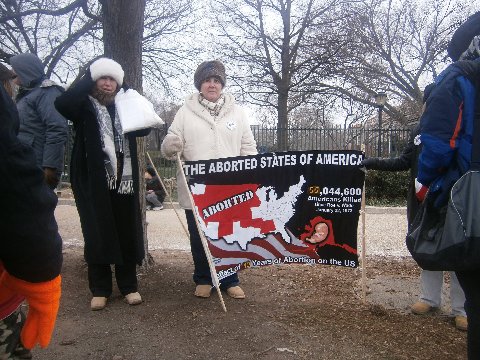 They came because over 40 years, we have aborted the equivalent of more than the current population of half the states of our country. 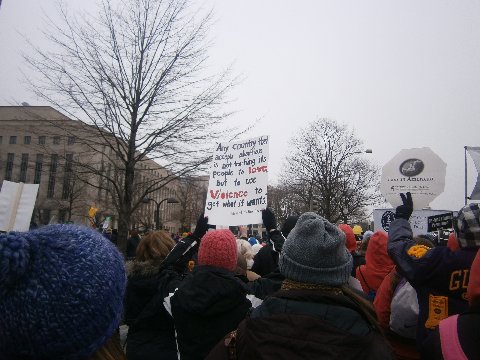 “Any country that accepts abortion is not teaching its people to love, but to use violence to get what it wants.” — Mother Teresa 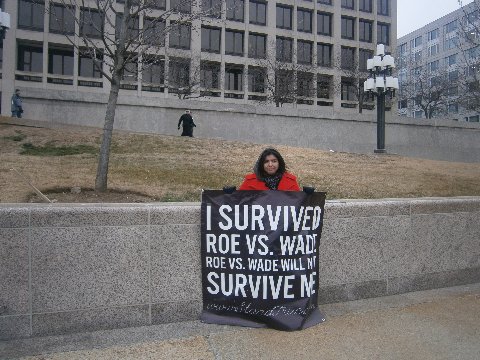 This woman stood for hours with her banner . . . 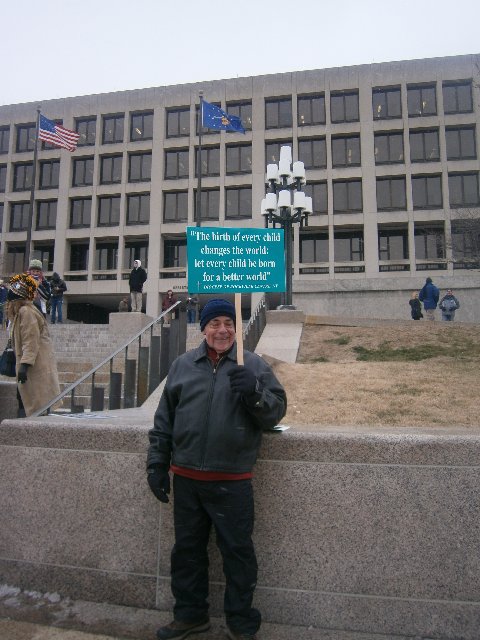 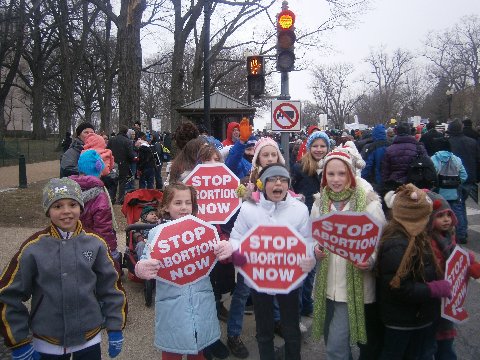 And so did these children. 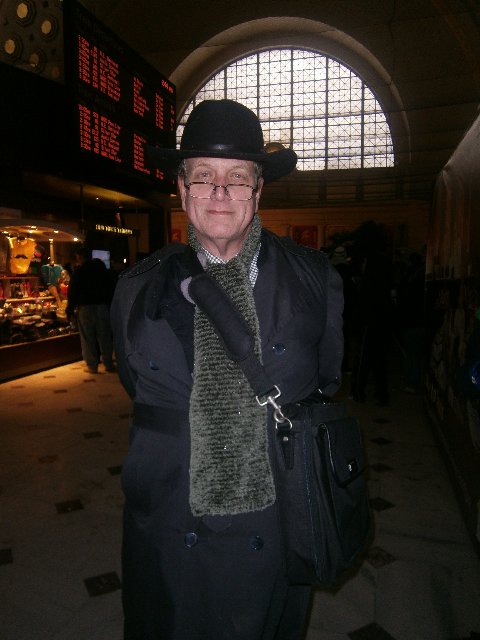 At the Union Square Metro station after the March, we found Jim Suthard, the master of ceremonies at the Rally for Life 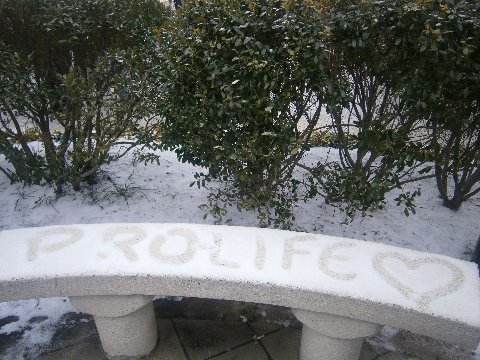 The snow fell softly as we headed to the Shrine of the National Basilica of the Immaculate Conception. There we found this in the snow: 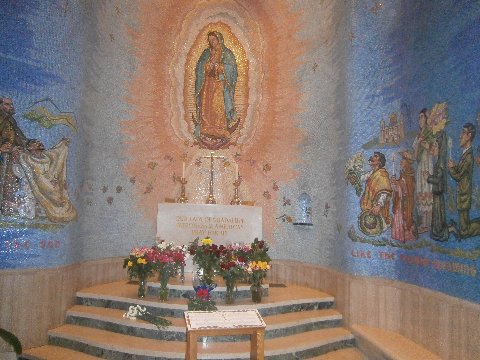 Inside, we found Our Lady of Guadalupe . . . 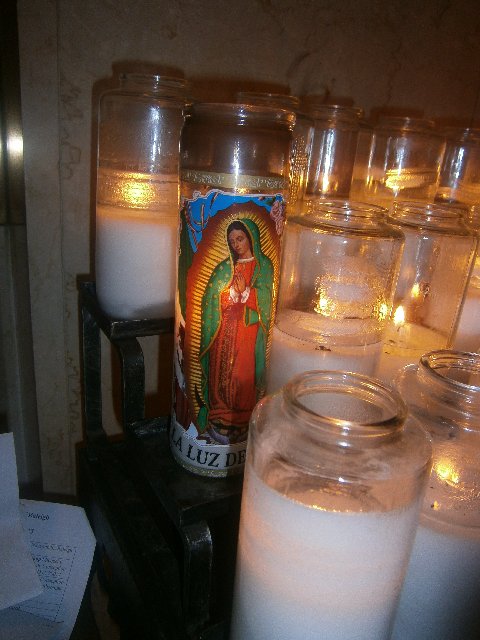 . . .who protects and saves the unborn.

How fitting we end with two young boys bending in fervent prayer to Our Lady.