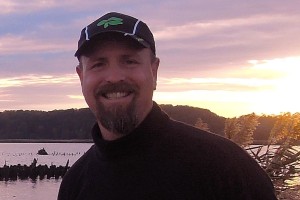 A Tribute to all Mothers
by Guest Blogger
Sean Miller

From the very beginning of motherhood, a mother begins to sacrifice. Her entire life becomes a life of sacrificial love.

Once a woman realizes that she is pregnant, she may soon begin to experience morning sickness. Throughout her pregnancy she gives up her vanity as her “little one” increases in size. Physical discomfort becomes the norm as sitting and walking become more challenging as times goes on. Then, the pains of giving birth demand the attention of the mother entirely as her muscles contract and her will is tested beyond bravery.

Now, this new person is in the arms of his mother, and her new “bundle of joy” fills her heart with much gratitude. From this day onward, there is no rest for the “new” mom. Her new schedule will be anything but regular, and spontaneous interruptions will be the new norm. There will be no such thing as a daily time schedule that is consistent and reliable. Her baby is here and is completely dependent upon her. The baby’s needs overshadow all of the mom’s needs, and mom begins a string of sacrifices that will quickly become second nature for her.  This new “little creature” will wake up at will, cry when he is hungry, and naturally will cry when something is amiss. Morning or evening is irrelevant to this little guy and more than likely his demands will be made at inopportune times.

Only the love of a mother can be so attentive to these demanding needs. A love that is patient, persistent, and perpetual. Her primary concern is her little baby, and mom lovingly takes second place from now on. She does this willingly and without any hesitation.

As time goes on and the days swiftly turn into years, the cares of the mother rapidly change. The terrible two’s accompanied with teething and the growth of new language skills bring about a new set of concerns as the baby becomes a toddler who is increasingly more active.

When the child becomes five and ready for school he will be confronted with new challenges. These  will be primarily concerns surrounding socialization skills as he is now surrounded by peers that will also be adapting to their new environment. These many “little personalities” will learn how to interact with one another as they attempt to communicate their needs and wants in an affable manner. Another significant issue at this time can be separation anxiety  from both their mother and home. A new environment, new people, and a new schedule are quite a bit to suddenly become acclimated to all at once for any little guy. All the while mom is at home worrying about her little one as she knows she needs to start letting go so that he can grow.

The years of primary school continue as the days are filled with soccer games, piano lessons, and homework. The early teenage years bring about social awkwardness as teens begin to become increasingly preoccupied with the opposite sex. Their bodies continue to change and grow, sometimes at an alarming rate. Now, mom, who was “clinged” to for over a decade, has now become a figure to avoid.

As the teenage years continue, this little guy has now become an adolescent who is starving for more and more independence. Little does he know that with freedom comes increased responsibility. These teenage years will bring with them “new” socialization challenges. Being “cool” and accepted amongst his peers will be the new goal for a teenager. During these years, mom has to be a counselor, psychologist, and life coach. She has to let go of her own ingrained desires to protect her boy and let him learn from his own experiences.

As high school graduation quickly approaches, the teenager has to rapidly grow up as he is presented with new decisions which will forever affect his future. These decisions no  longer involve subjects  like who he should go to the prom with. No, now these decisions will involve the beginning of his adulthood. The nature of these decisions carries more weight as this young adult has his future slowly unfold in front of him. Here, mom continues to let go as she keeps a watchful eye on her “little one.” Perhaps the “letting go,” is the most difficult part for mom but she also knows innately that it is the best for her son so that he can grow into the man he will become. The days of foolishly running around with his friends are coming to a close as the realization of a career or long-term goal becomes paramount. During these years the love of a mother is at times painfully silent as she sees her son who was once her “little boy” growing up before her. She shows us all that perhaps the greatest sacrifice of all is the “letting go.”

As this young man enters into the beginnings of a new career which marks his introduction into the workforce, his mom proudly looks on from the distance. Her love compels her to be more distant from her son so that he can grow more in this new stage of life.

As the years continue, a mother will be soon met with perhaps her most difficult challenge. One day her son will bring home a young lady that will become his future wife. A mother will be met with ambivalent feelings as her joy is mingled with sorrow. The sacrifice will involve  letting go once again which never really gets easy. However, overriding those feelings will be the joy of her son’s newfound love which will lead to a son or daughter of his own. Now, the joy of a mother has entered into a new level of joy which is the joy of a grandmother.

As we briefly touched upon the many stages of motherhood, we saw all throughout it how a mother loves sacrificially. Throughout her motherhood the challenges change but she meets each challenge with unconditional love. She knows when to push and when to let go. She desires to see her child grow, and she knows that in order for that to happen she must sacrifice. That sacrifice will also hurt but, as a result, it will bring forth growth in her child.